November letter from the Director, 2022 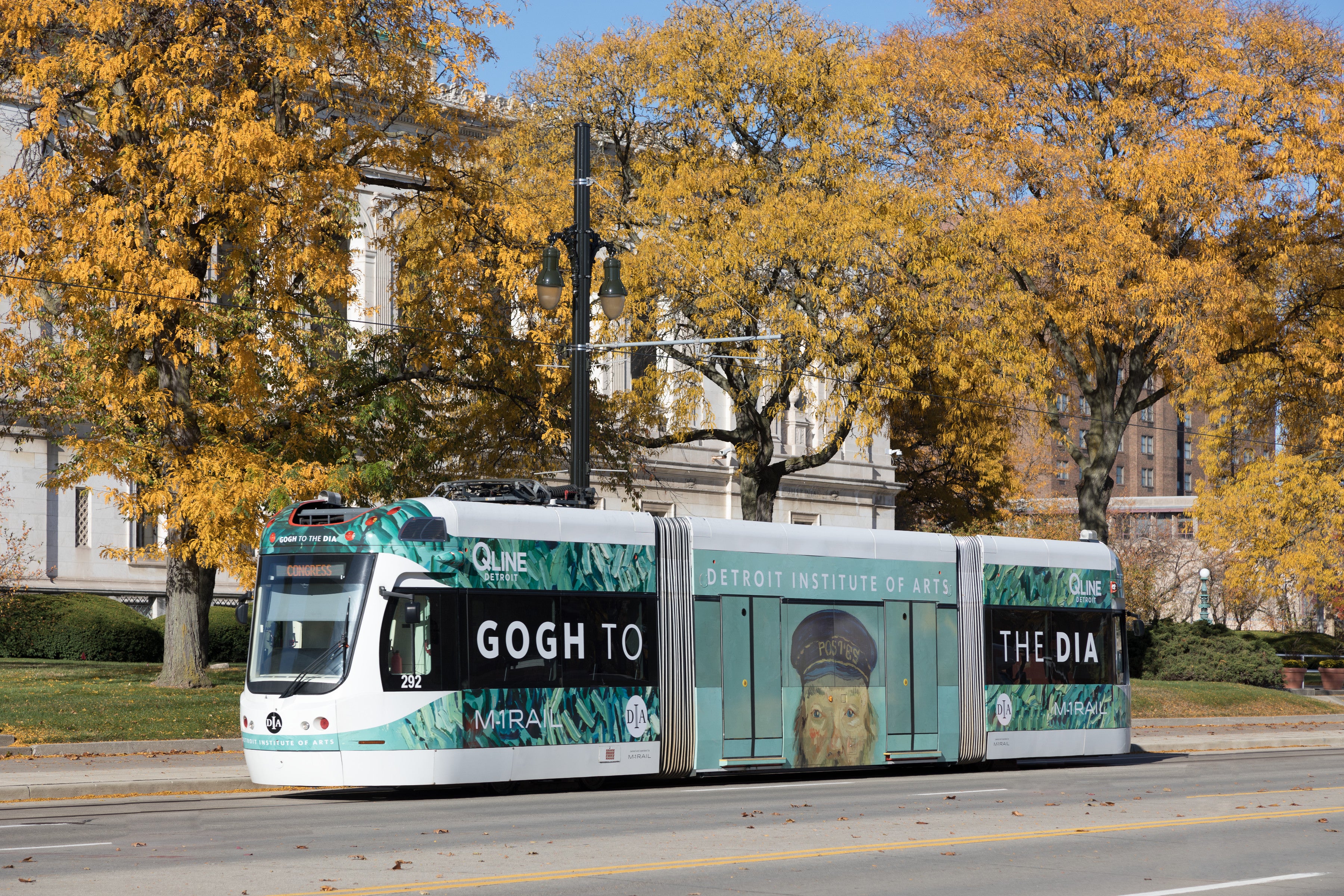 We recently opened our show Van Gogh in America, and the museum has been welcoming visitors from all over the world. I often visit the galleries and ask visitors for their impressions of the show and the feedback has been very rewarding. In addition, the exhibition has received very positive testimonies in newspapers and on social media outlets. One of them especially resonated with the DIA team. A couple of weeks ago, writer/poet, Detroiter, and DIA board member, Marsha Battle Philpot aka Marsha Music, shared on Facebook a vivid account of her visit, and I asked her permission to share it with our membership in my November newsletter. Please see below and thank you Marsha for your amazing text.

Despite my affiliation with the DIA, I had little desire to see the monumental new exhibit of the works of Van Gogh. Now, being on the Board of Directors, I would have gone out of respect for the institutional effort - and maybe curiosity - but I was not a particular fan of this artist's work, and, passed up chances to see coveted pre-public viewings.

I had no desire to see a room full of quavering, squiggly lines of an artist suffering from mental issues so severe that he eventually cut off his own ear, died at his own hand; his torment was all too real. But I was invited last week to a viewing of the exhibit and decided to go. Slowly, painting by painting, I began to appreciate the work of Van Gogh.

For me, the way that this exhibit is put together made me see this artist's work as if he were alive and painting today. I could feel him as an artist - as if he were a member of the Detroit Fine Arts Breakfast Club. In fact, his work reminds me of gifted Detroit artists who paint Detroit landscapes and scenes, like Bryant Tillman, or John Bunkley; I thought of them as I walked through the exhibit. I even thought of Olayami Dabls – now Detroit’s Kresge Eminent Artist for 2022 - and his ceaseless creative drive, often alone embellishing whole buildings on Grand River. Van Gogh was not a star during his lifetime, only sold one painting – an artist’s solitary sojourn.

It is no small feat to amass 74 works from museums and private collections from afar. This is one the largest Van Gogh exhibit ever in the US - and I began to feel the immensity of the project, just going from painting to painting. To think of an artist celebrated only after his death, his works far flung in disparate places, now reunited to extraordinary acclaim, is satisfying in a full circle kind of way - but a bittersweet affirmation that Van Gogh did not live to see.

Detail of "Wheat Fields with Reaper" taken by Marsha Battle Philpot in the Van Gogh in America exhibition at the Detroit Institute of Arts.

Then there's the art. Far from just squiggles that I had anticipated, there were varied ways that he put paint to canvas, so many scenes and portraits. Most fascinating, where you can see the bas relief of his strong, textured brush strokes, a man not afraid to wield that paint and brush. It is as if he had just finished painting – and he might come ‘round the corner to take get a breath of fresh air.

It occurred to me that this was a difference between his work and that of the old Masters that I love, or some of his peers with their lush, heightened realism, in the reproduction of light, darkness and imagery – breathtakingly real. Van Gogh painted in a way that was clearly painterly, with an almost otherworldly simplicity, and left the brush strokes to prove it; his existential mark, as it were.

The impression of the whole collection is hardly chaotic or anguished; it is peaceful, serene. Van Gogh, painted what was before him - a chair, workers in a field, a star-filled night - capturing a simple life of simple surroundings; the unpretentiousness a departure from the baroque, a kind of proletarian painting – it resonated with me, as a Detroiter. It would be good to see this exhibit early in the day, before crowds, so that one might appreciate the meditative feel of the exhibit. The simplicity of his subjects, inspiring to seasoned artists, is surely motivating to those just beginning to paint or draw.

Yes, he was a "trouble man," as Marvin Gaye might say, but the decision was made by curators to not dwarf the work of this artist with the strength of his demons, a good decision indeed. However, in recognition of the reality of his tormented existence, and its reflection in his art - and consequent tropes - there is a short video shown in the exhibit about the iconic film Lust For Life, starring Kirk Douglas. This movie cemented the imagery of Van Gogh as a genius, a madman, tortured by mental anguish. The video acknowledges the role of the film in both popularizing and mythologizing the artist.

I think the approach in this show - to not let his illness define him - is a compassionate treatment of an artist - any artist - like many whom I know and have known, who are much more than their challenges, whose work may emanate from but is greater than their torment. I am the widow of an artist, so I know....

Well, this is a lot more than I started out to say about the Van Gogh exhibit, but for a lauded European artist whom I expected to not particularly like - it was quite moving. It made me - someone who is always around artists - feel ever more deeply about what it means to be an artist, especially when uncelebrated in life, or unheralded until death – if then. I am blessed to be with artists who are getting flowers while they can smell them, as we say. The DIA was the first museum to purchase a painting by Van Gogh, after his death, in 1922.  Today, the DIA is recognizing artists in Detroit - while they yet live.

Even if you have seen the "immersive" Van Gogh shows, this exhibit is something else again – the subtlety of these originals, just as he painted them, may be even more powerful than Van Gogh as spectacle. I encourage all to see the exhibit, at the DIA until mid-January, and feel the still beating heart of a long-gone artist.

[I have to mention the Museum Shop curated for the Van Gogh exhibit. I’m often cynical when emerging from an exhibit and seeing an artist’s brilliance reduced to coffee cups and tchotchkes. But when I walked around the corner into the light of this shop – Wow! If anything, Van Gogh’s art applied to the “merch”- commercial as it may be - amplifies his gift as a master of colors; a grand finale of the exhibit. He clearly had “the blues” and I especially loved the textiles; I took home a Van Gogh in the form of a beautiful scarf – my own Café Terrace at Night.] When I started working at the Detroit Institute of...

Letter from the Director, IDEA in Focus: ART Talks

From the Director, August 2022

Looking to the stars The summer is a good time ...