The Most Fun You'll Ever Have Supporting The Arts! 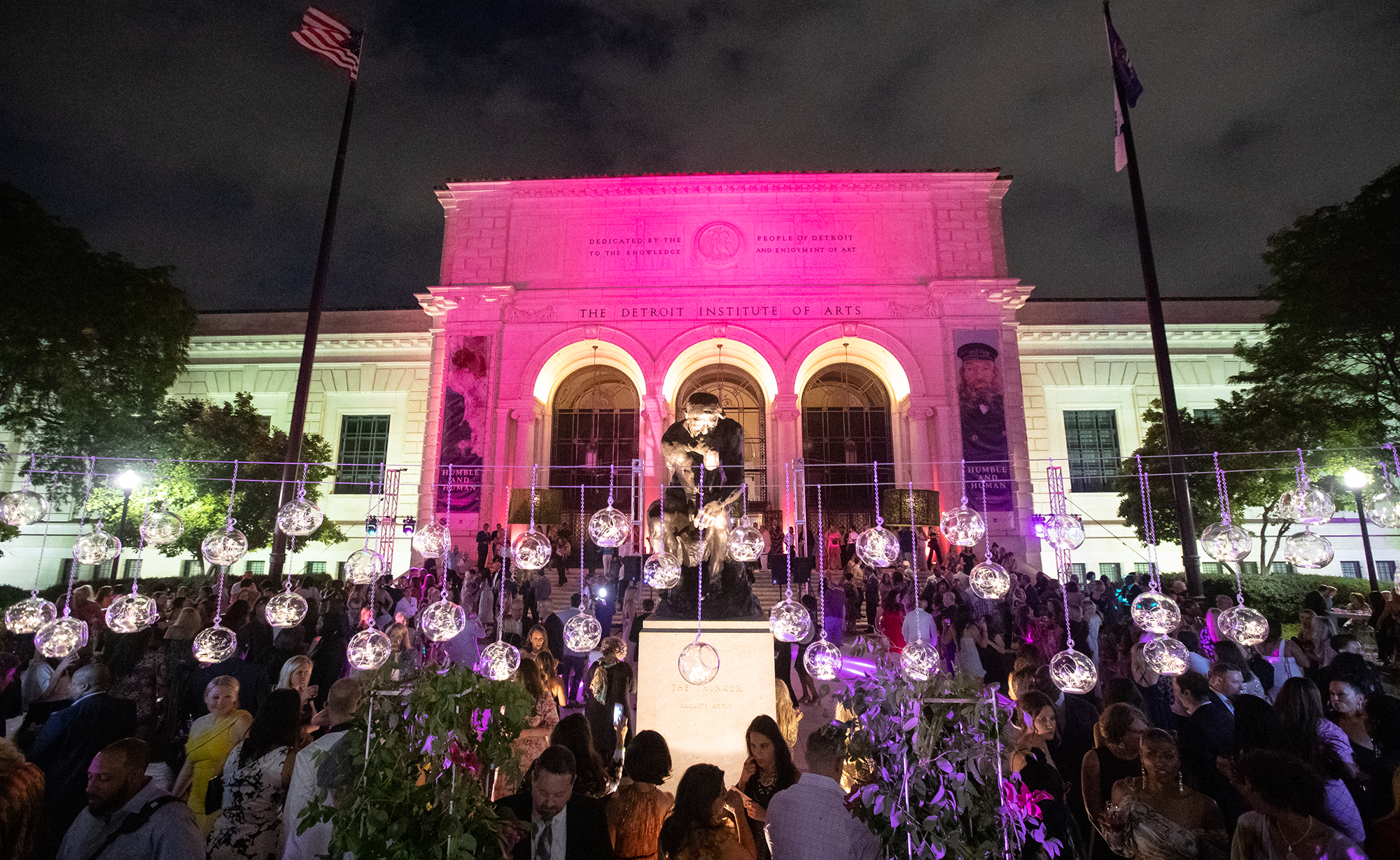 Founders Junior Council (FJC) is a group of young professionals dedicated to introducing young adults to the Detroit Institute of Arts and encouraging a lifelong involvement through a variety of fundraisers and social events organized around the museum’s world-class collection and special exhibitions. All funds raised go to support the DIA.

ArtSeen
Bi-annual evening soirées allowing for private viewings of special exhibitions, as well as the opportunity to socialize and network.

Behind the Scenes
This member-only perk allows after-hours viewing of a special exhibition or loan with a DIA curator.

Cirque
This annual masked fundraiser featuring live entertainment is one of the best evenings in metro Detroit.

Fash Bash®
This annual fundraiser is the “must attend” sell-out event of the summer, with an outstanding celebration of art and fashion.

In order to be eligible for membership in the Founders Junior Council, you must be a member of The Detroit Institute of Arts.

For more information please call the membership office at 313-833-7971 or email FJC@dia.org.

Looking to the Future, Giving Today.

One of the major functions of the Founders Junior Council is to raise funds for the DIA, and in this capacity the FJC has a substantial impact on the future of the museum. Funds raised by the group are distributed through grants to departments for specific purposes. Following is a list of our recent major grants to the museum.

2016
Endowment Campaign: $1,000,000 gift to the museum’s unrestricted operating endowment that will help secure the DIA’s long-term legacy for generations to come. The DIA recognized this historic gift by renaming its Egyptian Gallery the Founders Junior Council Gallery.

2015
Digital X-ray Processor: $15,000 gift (made in conjunction with gifts from the Michigan Council for Arts & Cultural Affairs and the Andrew W. Mellon Foundation) in support of the DIA Conservation Department’s efforts to preserve the treasures of the DIA art collection. $50K gift to the Art Carts.

2013
Endowment Campaign: $500,000 gift to the unrestricted operating endowment, helping to secure the DIA’s long-term legacy for generations to come.

European Sculpture and Decorative Arts Department: Reinstallation and reinterpretation of the 16th- and 17th-Century French Collection — $48,000

What is Fash Bash?

What is the attire?

What if the ticket I want to purchase is sold out?

We occasionally have tickets become available shortly before the event. If you'd like to place your name on a waitlist, you may do so by calling the Fash Bash hotline at 313.833.5646. A DIA representative will inform you if your desired ticket becomes available and offer the opportunity to purchase it. The DIA may also inform the public of additional tickets via social media days before the event.

I need to call my friends and see if they want to come. Can you hold tickets for me until I call back?

I am a celebrity and would like to attend the event free of charge. How do I get on the list?

Fash Bash is one of the largest fundraisers for the museum and is a vital component to helping us realize our financial goals. For this reason, we do not offer free or discounted admission to anyone for this event.

I need to change the name of my guests. How can I do that?

Please email fashbashtickets@dia.org or call 313.833.5646 to change the names of your guests.

My plans have changed and now I am unable to attend. May I have a refund?

Sorry, no refunds are given for this event.

Is there a number I can call if I have questions?

Yes, the Fash Bash hotline is 313.833.5646. Calls are answered Monday through Friday, 9 a.m. - 5 p.m. Messages will be returned in the order received. Questions may also be directed to fashbashtickets@dia.org